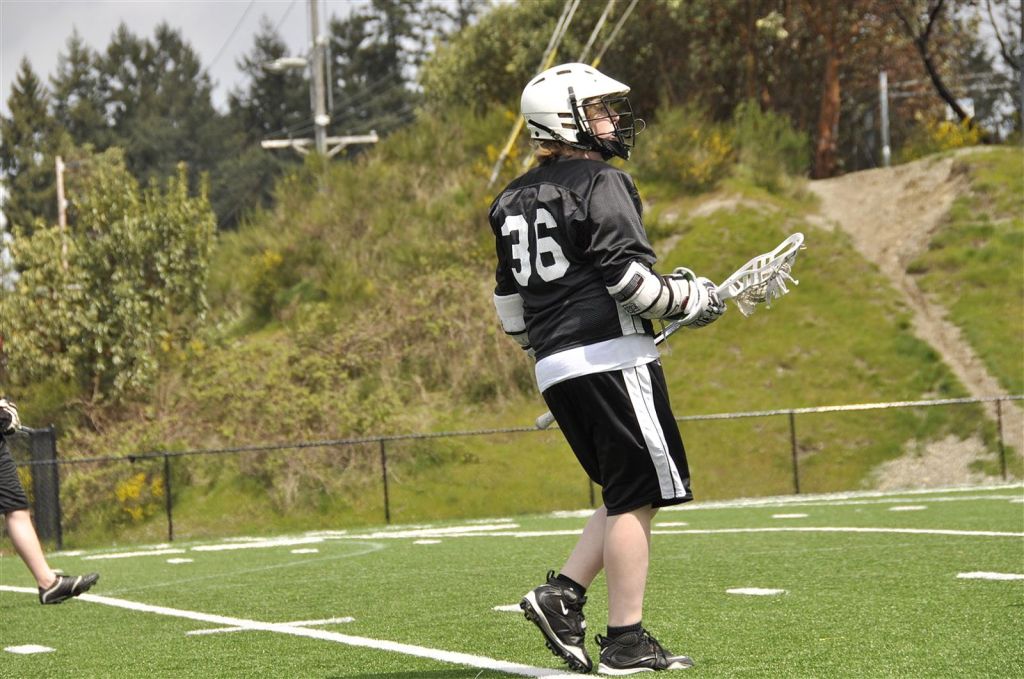 Fortunately, I found a beach towel in the trunk of my car.  I wrapped it around myself and sat on the top row of the bleachers, thankful for the seat cushion I splurged on at the Puyallup Fair a few years ago.

My boy’s team had a lacrosse game against their rivals, a team they’d lost to awhile back.  Time for revenge.

The first quarter, the other team scored a lot.

My boy didn’t play at all.

The second quarter, our team scored some, but we were still behind.

My boy played one play.

The third quarter, the score got closer.

The fourth quarter came and went and our team lost.  I think the score was 11-9, but they turned off the scoreboard so fast I didn’t get a chance to double-check.

But I do know this.  My boy didn’t play during the fourth quarter, either.  He was put into the game for maybe a total of two minutes.

I texted my husband and kept him apprised of the scored.  I also mentioned that I thought it was rotten that my boy didn’t get to play much at all.

My husband explained about upperclassmen and sophomores and fairness and said our boy would learn from this and that he’d understand.  But I didn’t understand myself.  Not really.

As we walked toward the car in the dark parking lot, my boy didn’t seem very understanding.  In fact, he did a rather unflattering (but amusing) imitation of one of the coaches.

It just seems to me that if you go to every practice and work hard and sacrifice four nights during the week and one day every weekend that you should get to play in the actual game.  (My boy actually scored two goals in each of the last two games, too, so it’s not unreasonable, in my mind.)   I kept these thoughts mostly to myself, of course.  But still.

I guess I’m not much of a team player.  I don’t really care that much about the team.  I care about my boy and watching him stand on the sideline clutching his lacrosse stick, dressed in his cleats and helmet and pads and not playing–along with thirteen other boys–frustrated and pained me.   It probably bugged me more than my boy but it looked to me like exclusion and rejection and injustice.  (And maybe I’m over-thinking and over-feeling and over-analyzing this.)

But you have to admit, my friends, that this is a perfect illustration of why books are better than sports.

(Well, that might be a faulty conclusion, but has a book ever overlooked a kid?  I think not.)

3 thoughts on “Why books are better than sports”