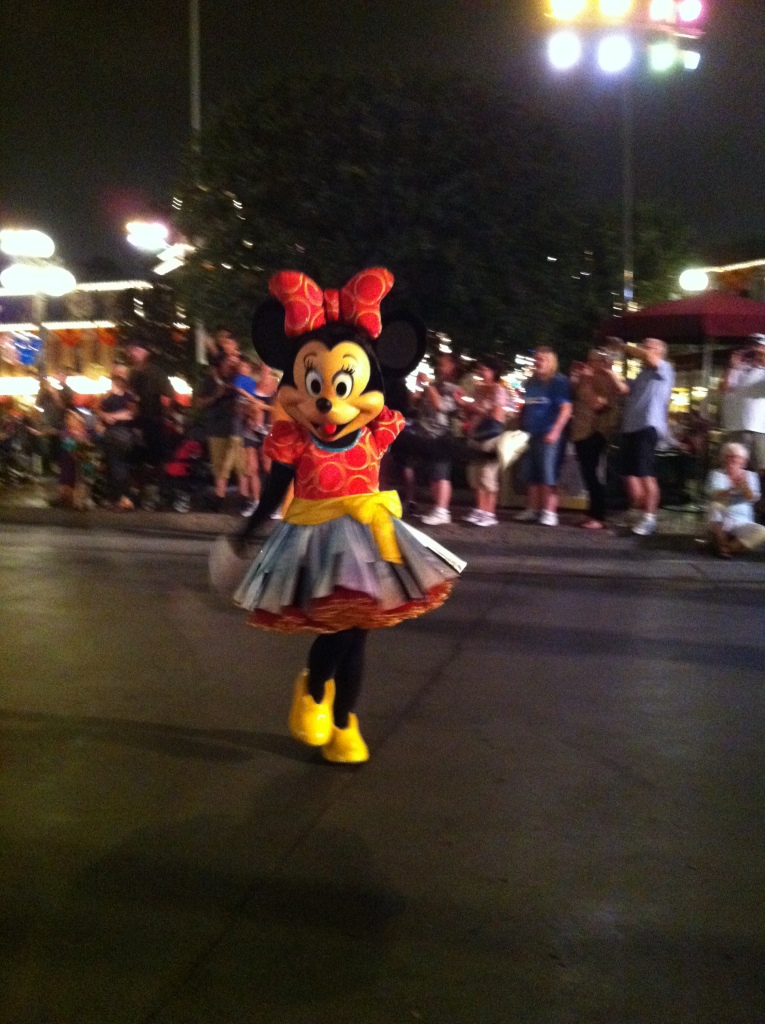 We were sitting on a bench at Disneyland a little more than two weeks ago.  Grace and I were waiting for the parade to start.  It was happy ending to our two-day birthday celebration at the Happiest Place on Earth.

Then my phone rang and it was my husband.  At first I thought he was just checking in with me, wondering when we’d be home.  But then he told me he’d discovered that our almost-one year old puppy, Lola, had eaten a bottle of ibuprofen.

I advised him that it was probably an emergency (“and the Understatement Award of the Year goes to . . Mel!”) and that he should call the vet.  Look on the fridge, I said; there’s a magnet there.  I figured he’d be referred to the emergency vet and we’d go from there.

I hung up the phone and in between friendly chit-chat with a super nice Canadian family next to us on the bench, I did a Google search and discovered that ibuprofen can kill a dog.

And that, my friends, is how Lola the Dog ended up spending three days and many, many, many dollars at the fancy-schmancy veterinary clinic, the one with the big screen television constantly playing the Food Network.  (Every time I’ve been there, I’ve watched partial episodes of “Chopped.”  I love that show.)

But I did not love worrying that Lola the Dog would die.

You may remember that a month or so ago, our cat, Smokey, died after a battle with anorexia and fatty liver disease.  We’d had a feeding tube implanted in her neck and fed her by syringe for weeks but in the end, she just continued to lose weight and suffer.

Miraculously–or maybe scientifically, if you consider all the medical treatment she received–Lola lived and seems to have no memory of those three days.  (I, however, remember them every month as I pay toward the bill.)

A few days after that whole ordeal, my 14-year old son tripped during P.E. class and fractured his collarbone.

About ten days later, my husband was walking across a street and twisted his ankle.  It’s purple and swollen and, according to my expert medical diagnosis, sprained.

A few days earlier, ants had swarmed in my kitchen, necessitating a frantic early-morning 90 minute clean-up and a call to the exterminator.  (Note: the exterminator guy says to never use ‘over-the-counter’ poison to clean up teeny tiny ants in the house . . . that just disrupts their trail and they’ll regroup and start another nest.  Instead, he said, use Windex or something similar.)

Then, the other day, I went to the doctor.  I had a physical, mainly so I could “establish patient care” and have a doctor’s name to write down on forms that always seem to be asking for “Family Doctor.”  Anyway, I have this mole on my foot that caught my attention–my dad died from melanoma, after all–and I wanted someone to take a professional look at it.

Is it just me or does anyone else find it awkward to meet a new person for the first time while wearing nothing but a skimpy paper vest and a paper tablecloth?

Anyway, so next Wednesday, I’m scheduled for biopsies on not just the weird mole on my foot but also two spots on my back that I can’t even see myself.

Are we having fun yet or what?

I’m not actually worried, which in some cultures may be referred to as denial.  I can’t explain that since I am the Queen of Worry.  I just don’t have any empty squares in my calendar that I can devote to worrying about this.  I probably shouldn’t have even mentioned it so you don’t worry on my behalf.  So, forget I said anything.

Disneyland rocks.
Smokey the Cat died.
Lola the Dog is alive and well and trying to steal food from the countertops.
The collarbone is healing.
The ankle seems to be stabilized.
Melanoma is not the boss of me.
Don’t worry.  Be happy.

UPDATE:  All my lesions are benign.